Examples of Our Consulting - Resale

We focused on the locational feature of the property in question as a luxury condominium.
We realized sales of renovated condominiums based on a trust scheme by utilizing a contract for the benefit of a third party (Note 1).
We significantly curbed the decrease in cash flow by starting to sell unoccupied units one by one.

(Note 1) A contract in which a party promises to give a certain benefit to a third party. The rights of the third party will commence when the third party has indicated its intention to receive the benefit. 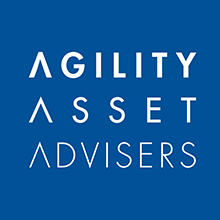 AAA Group not only provide the standard services to the customers, but our professional staff, along with outside professionals, find the perfect solution to meet the customers' investment needs by providing the customized services.

PhillipCapital employs over 3,500 staff, services more than 1,000,000 clients worldwide, located in 16 countries and operates in the major financial centres around the world. PhillipCapital has assets under management and custody worldwide totalling more than USD 28 billion with shareholders' funds in excess of USD 1 billion.